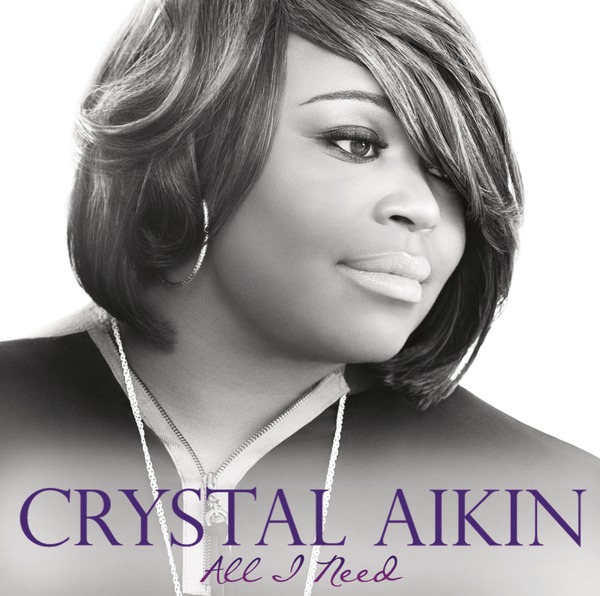 Album: All I Need

iPod Pick: Mighty to Save

Crystal Aikin’s voice is effortless, sailing through the sound speakers with ease not just to our ears but to our hearts. She won our hearts form the first season of Sunday Best, which she eventually won, and then releasing her debut self-titled in 2009 which featured powerhouse Natalie grant on the GMA nominated Breathe On Me.

Crystal Aikin, the debut record was very urban with soul with I Desire More and He’s So Worthy being exceptions. Even on this tracks, Crystal definitely stretched it making them memorable gospel church songs. On her debut, I loved Clouds, the upbeat Love Him and the very groovy Lord You Reign Forever. The latter Lord You Reign Forever was so influential in our lives then it landed on some of my friends mainstream party playlist. The debut was so good I also fell in love with the ballads (Turn to Him and Even Him) which all had some urban spin to it.

All I need seems to pick up on Crystal Aikin’s urban ballad as its strong point, as the soulful ‘Right Here With You’ was one of the very first songs that stood out on first listen. All I Need leans more to songs like He’s So Worthy from her debut having the live gospel feel all though Crystal does artistry justice to these songs.

I began looking from the beginning of this EP of seven songs for pop sounds like Clouds, Lord You Reign Forever and Love Him from her debut but the closest I found was the pop ballad sound on Right Here With You.

Do not blame me. I have waited 6 years for this record. And don’t get me mistaken, All I need is good. But I just hope it’s the EP that it is and I believe there’s more on the full length record. I hope that does not take another 6 years.